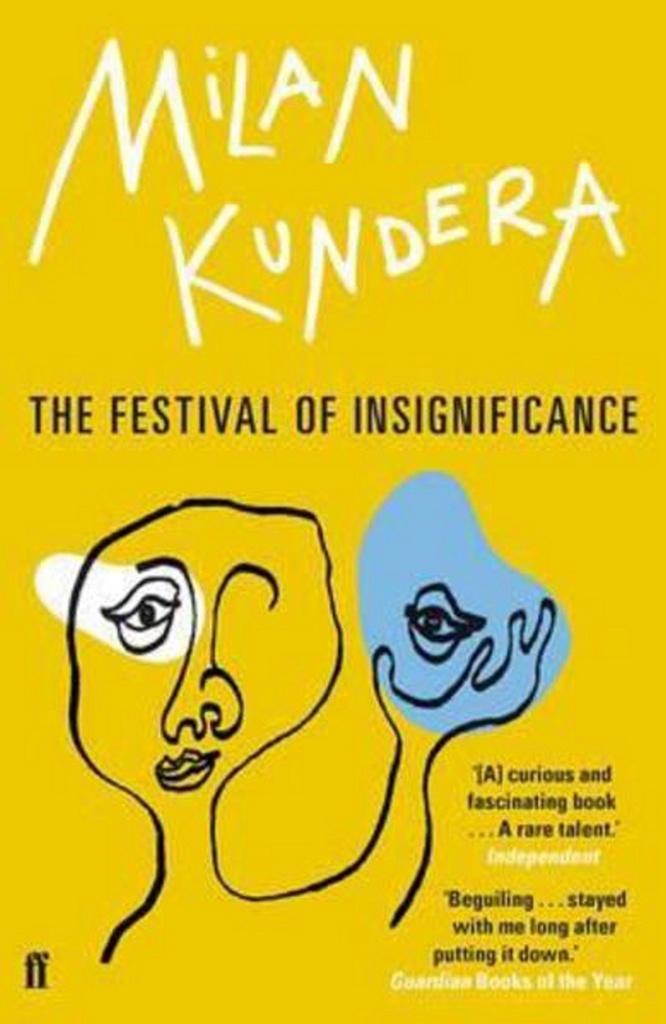 Casting light on the most serious of problems and at the same time saying t one serious sentence; being fascinated by the reality of the contemporary world and at the same time completely avoiding realism-that's The Festival of Insignificance. Readers who kw Kundera's earlier books kw that the wish to incorporate an element of the unserious in a vel is t at all unexpected of him. In Immortality, Goethe and Hemingway stroll through several chapters together talking and laughing. And in Slowness, Vera, the author's wife, says to her husband: you've often told me you meant to write a book one day that would have t a single serious word in it...I warn you: watch out. Your enemies are lying in wait. Now, far from watching out, Kundera is finally and fully realizing his old aesthetic dream in this vel that we could easily view as a summation of his whole work. A strange sort of summation. Strange sort of epilogue. Strange sort of laughter, inspired by our time, which is comical because it has lost all sense of humor. What more can we say? Nothing. Just read.
Kundera Milan